The World Steel Association (worldsteel) has recognised excellence in six safety and health programmes from Arrium, Essar Steel, Gerdau, Hadeed, NatSteel and Tenaris. Wolfgang Eder, worldsteel’s Chairman for 2014/2016, said: “The 2015 safety and health submissions and implemented programmes once again show that leadership of the CEO or Chairman of an organisation is a key element of any successful safety and health initiative. Leadership is undoubtedly essential in building a sound, safe and healthy work environment. We are very proud of the companies recognised this year for the improvement they have made for their employees, but also the positive impact they have made on the industry. There is no better way to improve safety performance than sharing the knowledge and experiences among peers.”

All six programmes demonstrated a commitment to safety and health that fulfilled three key criteria:

The safety and health projects for which the six companies are being recognised are listed below:

Arrium – South Australia launched the ‘Swear By Safety’ campaign, a comprehensive cultural change process to shift belief around achieving Goal Zero and injury prevention behaviours at its mining and steel business as well as the broader community in Whyalla, South Australia. The campaign was well supported with unique and appealing materials through multimedia including TV, radio, print advertisements and social media. Overall, 800 people within the workplace and community took the ‘Swear By Safety’ oath, including the local mayor.

Essar Steel – India launched a ‘Process Safety Management’ (PSM) project in December 2010 with a baseline external audit by a third party, which was followed by further audits in 2012, 2014 and 2015. The project incorporates a number of different safety initiatives and aims at involving all employees and contractors. The initiatives include an online PSM portal, PSM campaigns, screening of PSM video films and a Safety Rally which gathered over 3,500 employees. As a result, the PSM culture score evaluated by the third party audit has improved from 55% in 2010 to 92% in 2014.

Gerdau – Brazil developed a ‘Leader’s Proactive Index’ (LPI) which monitors and evaluates the execution and control of leaders’ safety activities. The LPI approach encourages leaders to demonstrate their commitment through managing safety on a daily basis while successfully carrying out their activities at the same time. The initiative, based on regular evaluations of the company’s leaders, has produced both qualitative and quantitative benefits and has resulted in a notable improvement in Injury Frequency Rate and Severity Rate in 2014.

Hadeed – Saudi Arabia built a new user-friendly online Environment Health Safety and Security (EHSS) reporting system, with investigation and action tracking features aiming to make the process of producing Near Miss Reports accessible to all. An overall Near Miss Analysis is carried out every month and every Near Miss is subject to a detailed analysis by the company’s safety department. The Near Miss Analysis report helps the company to identify areas of concern that require attention and encourages employees to adopt a culture of EHSS reporting. As a result of this initiative, the number of Near Misses reported has increased almost tenfold, from 1,579 in 2009 to 15,433 in 2014.

NatSteel Holdings - Singapore implemented a ‘Total Workplace Safety and Health’ (TWSH) programme, a holistic approach to integrate its safety, health and well-being activities in 2014. This is a continuation of the safety excellence journey to cultivate a safety and health culture in the workplace embarked on in 2008. The TWSH approach recognises that the work environment and the overall health, safety and well-being of employees are interrelated. With the implementation of various programmes, such as the Occupational Hygiene programme, the Wellness programme and Health programme, the health of the employees has improved significantly and has resulted in the reduction of chronic diseases.

Tenaris – worldwide launched the ‘Safety Work Instructions’ project in 2010 to define best practices focusing on development, availability, training, adherence control and updating. The aim was to standardise behaviours among different teams and encourage management leadership through direct involvement in the approval and control process. The company developed 4,000 Safety Work Instructions, available to all those working in operative areas and around 8,000 inspections were performed in 2014. As a result, the total number of injuries in 2014 was reduced by 36% compared to 2010. 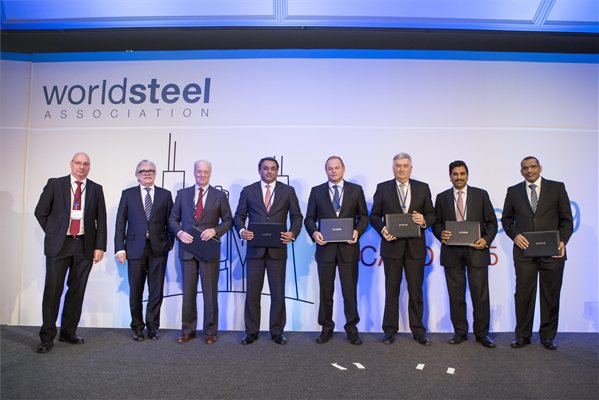