LKAB has decided on a new group structure. The aim of the reorganization is to place greater focus on iron ore production and to secure sustainable long-term mining operations. At the same time, changes are being made to LKAB's group management. “LKAB faces a new situation. As a consequence of a changed market and falling world-market prices, we must now equip our organization to face new challenges,” says President and Group CEO, Jan Moström.

In the new group structure, operations are divided into three divisions. One unit comprises the mine and process plants in Kiruna, one includes the mines and processing plants in Malmberget and Svappavaara, and a third division consists of LKAB Minerals, which produces and sells industrial minerals, as well as the drilling technology company Wassara.

“Now, we are giving clearer responsibility and a clearer mandate to the organization. LKAB must be a profitable supplier of high-quality, upgraded iron ore products that is sustainable over the long term. We are prioritizing the iron ore business to create a simpler, more transparent organization,” says Jan Moström.

To support the divisions, LKAB is creating group-wide functions in the form of Finance, HR and Sustainability, Operational Support and Business Development, and Market and Logistics. Communications and Urban Transformation will report directly to the President. At the same time, this will lead to changes in LKAB’s group management.

“The challenge we face and the structural change, in and of itself, necessitate a partially new group management. I wish to thank those who are now moving on to new tasks within or outside the company for their contribution to LKAB’s group management,” says Jan Moström. LKAB’s new group structure will take effect as 1 January 2016 and will be implemented throughout the entire group during 2016. 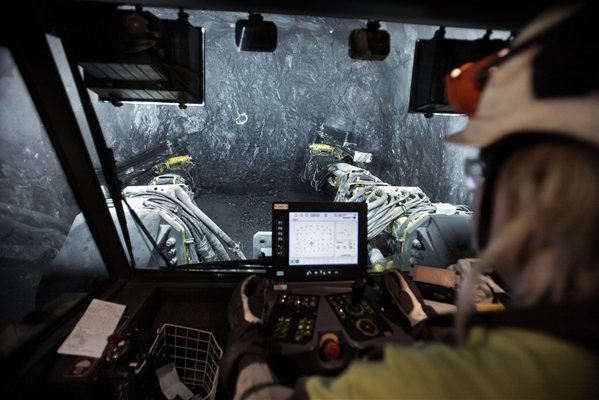