Sustainability is more than (simply) taking care of the environment 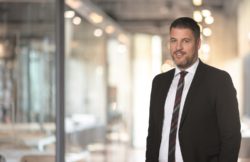 In this interview, Dr Jens Müller, Global Head of Research & Development at ASK Chemicals GmbH, sets out the case for holistic sustainable operations. Because, in his opinion, sustainable entrepreneurial activities extend beyond simple environmental awareness. At the forthcoming GIFA, the world’s leading trade fair for foundry technology, which will be taking place in Düsseldorf from 25 to 29 June 2019, ASK Chemicals will be nailing its colours to the mast.

The demands to reduce CO2 or, ideally, to achieve CO2 neutrality are becoming increasingly louder. How is ASK Chemicals responding to these demands?

One approach is certainly to manufacture products from renewable raw materials. But that’s just one aspect of product development and cannot be the sole driving force. A product’s entire life cycle must rather be taken into account and consequently particularly the processes used to manufacture the raw materials in conjunction with the end products’ performance profiles. It’s simply naive to prioritise CO2 reduction at the expense of efficiency: More material and energy would, for example, have to be used to achieve the same effect. Which would in turn run against the idea of sustainability.

That’s why we’ve shifted our main focus towards enhancing our products’ effectiveness and towards generating added value for our customers by doing so. One example in this regard is the reduction of material input, which reduces the total sum of potential emissions.

If, for instance, our products are able to improve a foundry’s efficiency, e.g. by reducing waste, we will then be able to realise a relevant lever that will help lower CO2 emissions by reducing energy consumption. That’s because the determination of a foundry’s overall global warming potential (GWP) would show that the direct effects of binding agents, for example, were quite low since they are used in comparatively small quantities compared to other feedstock and they would still not have such a great effect than emissions generated through the consumption of energy. 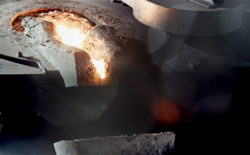 Sustainability is an important aspect for such an energy-intensive sector as the foundry industry. © ASK Chemicals GmbH

And how aware are your customers of sustainable products?

Awareness has risen significantly in recent years. One reason for this is undoubtedly the fact that the framework conditions, especially in western Europe, have been tightened by corresponding regulation. It’s no wonder then that many of our new sustainable products have originated in Europe, particularly in Germany. The nice thing is that sustainable products are no longer only appreciated in Europe and that countries in eastern Asia, for example, China – which are now also having to adapt to stricter regulations – are also prepared to invest in innovative and new processes and sustainable products.

So do sustainable products offer a competitive advantage?

For foundries definitely! It’s where the wheat is separated from the chaff. Innovative and therefore usually more sustainable products will help protect a company’s competitiveness over the long term. “Taking care of innovations during the good times will mean that you won’t have to worry about the bad times!” I think that’s a pretty true saying.

What are the most important approaches you use to make your auxiliaries and chemicals more environmentally friendly and sustainable?

We are pursuing several goals in this regard. Our first aim is to reduce the use of toxic or hazardous substances as far as possible. Secondly, we are working on replacing hazardous substances with more environmentally-friendly substitutes. And, thirdly, there are, of course, the already mentioned improvements to the efficiency of the auxiliaries used, i.e. enhanced efficiency to cut the consumption of resources and materials in our processes. A new and additional focus in our R&D activities is the targeted reduction of emissions, which we have already successfully implemented for some of our new products. We’re talking in particular about VOC, BTX, phenol and formaldehyde here.

Which of your sustainable technologies stand out particularly for you?

Our inorganic binding agents deserve to be mentioned first. We’ve been using Inotec technology for 12 years now. Initially, nobody actually believed that it would replace conventional processes. But 10 years on, it can be said that many new casting concepts would not have been possible without our inorganic binding agents. In addition to the purely environmental aspects that were the original aim, many other technological and economic benefits have become apparent – which have made them a permanent feature in gravity die casting with light metals. Potential also exists for iron casting but implementation still has its limitations.

Our Ecocure Blue for iron casting is the world's first phenolic resin for the cold box process that is doesn’t require statutory labelling (in accordance with CLP, the European chemicals regulation). So it’s no longer regarded a hazardous material. In addition to the environmental benefits, it has also benefited application technology, for instance, with its particularly high reactivity, which allows the use of binding agents and catalyst quantities to be reduced.

I would like to finally mention water-based coatings. They’ve basically become the state of the art at many automotive foundries. However, water-based coatings may differ from each other. Water is only the carrier liquid for the multitude of individual components that make up a coating. It’s above all the pinch of salt and pepper that ultimately decides whether parts customers have manufactured require reworking or have to be rejected. With our Miratec TS coatings, we’ve taken a decisive step towards meeting the demands in regard to residual dirt that the industry is making, i.e. in regard to how clean engine castings are. Advances with water-based coating technologies are even being made the field of large castings where the use of alcohol-based coatings has long been state of the art. Foundries are switching due to occupational-safety and environmental concerns with the added benefit that the change-over is also associated with reductions in energy and storage costs (explosion-protected areas).

ASK Chemicals’ technical centre is an important component within its R&D activities and application technology: This is where product ideas are developed to production readiness. © ASK Chemicals GmbH

Where do you think that potential for sustainability is not being exploited in the foundry industry?

I think much is already happening at companies but the prioritisation of sustainable issues is definitely still suffering too much from the direct association of ‘sustainability’ as a term with that of the ‘environment’ and that the word ‘sustainable’ is assumed to (only) mean environmentally-friendly. But the concept of sustainability basically stands on three pillars – i.e. ecological, economical and social issues. The last two are often neglected when projects are being assessed. Particularly when the pressure of cost hangs over you like the Sword of Damocles. Sustainable products, however, are able to contribute much more than people may initially think. Anyone, who has ever been to a foundry that has been converted from organic to inorganic and has seen how the work and technology environment has changed to the benefit of the workforce, will know what I’m talking about.

Where the aspect of economic sustainability is concerned, it’s a question of increasing economic success while at the same time maintaining the quality and availability of resources. This is where the supplier industry is also able to contribute through the development of solutions that replace scarce or expensive raw materials with others that deliver identical or enhanced performances.

Besides the products for your customers: Where else is ASK Chemicals acting sustainably?

ASK Chemicals is, of course, not only providing customers with solutions that promote sustainability, it’s also developing in this direction itself. The company, for example, is encouraging the development of skilled, dedicated and responsible people. We’ve committed to honest and ethical conduct through our globally implemented ‘Code of Conduct’ and have zero tolerance towards unethical or inappropriate behaviour. The occupational safety and the health of our workforce and the employees of our customers and suppliers as well as of other stakeholders are, after all, of the utmost importance to ASK Chemicals.

We’ve also turned our attention towards the issue of resource efficiency along the entire value chain. We have, for example, improved efficiency by reducing the consumption of water and energy and recycling both in our processes at our production sites. Our business model, after all, ultimately aims to deliver sustainable profits through innovative products, operational excellence and reduced environmental impact. We are to this end pursuing the same standards across the globe and have not made any trade-offs in regions where the demands on occupational safety and product safety are not as high.